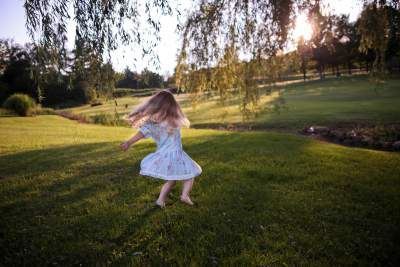 If you have been doing your research, I am pretty sure you have found studies that show music education can help develop your kid’s brain development. What kind of capabilities does it enhance though?
Here are some studies that show how musicians perform better in certain areas:

James Catterall conducted a 10-year study with 25,000 students and found that those who played music did better in schools and in reading as well. (Source: James Catterall, UCLA, 1997).

In a SAT exam, high school music students scored better than their peers in math and verbal test. (Profile of SAT and Achievement Test Takers, The College Board, compiled by Music Educators Conference, 2001)

After undergoing training music lessons for nine months, the IQs of the young participants rose by 3 points more than those who did not go for the training. (E. Glenn Schellenberg, 2004)

Piano students are able to conceptualise mathematical and scientific concepts better than their peers.(Neurological Research, 1997).

Piano students who are trained for 3 years were found to have better pattern recognition and mental representation scores. (Dr. Eugenia Costa-Giomi, 1998).

There were more music major students who successfully got a placing in medical school compared to other majors such as English, Chemistry, Biology and Math. (Peter H. Wood, “The Case for Music in Schools”, 1994)

According to a research from University of Queensland Australia, informal music activities have more benefits than reading to him. It helps your child to acquire social skills and attention regulation.

Music creators usually have sharper mind as they aged. Consistent music activity helps to challenge the mind, making it fitter and capable. Through the years of practice, this activity helps to create alternate connections in the brain which is effective in preventing cognitive declination.

Northwestern University concluded that kids taking music lesson when they are young will have faster brain responses to speech, even if they do not continue taking lessons in their adulthood.
Have we managed to convince you about the wonders of learning a musical instrument yet?
What is so special about music that other activities such as arts and sports cannot do?
Well, researchers have many theories for that.
One reason is that music exposure helps to integrate skills like language acquisition, hone listening skills, memory and motor skills, thus developing multiple brain neural connections.
Another reason is the different length of notes (e.g. whole note, quarter notes, half notes) helps to exercise the proportional thinking part of the brain.
Similar to math problems, music learning requires spatial-temporal reasoning, which is the ability to visualise putting together disassembled parts. Thus, that could be another reason why musicians fare better in math.
In addition, being able to acquire a musical skill requires discipline that is also fundamental to academic success.
If you are a parent looking to enrich your kids for their development, immerse them in a musical environment today.