Everything you need to know about guitar strings

Everything you need to know about Guitar Strings

If you’re a guitarist who really plans on mastering your instrument, it’s integral that you know the ins and outs of it. And as far as a guitar’s mechanical components go, the strings are one of the most crucial parts of the instrument. It’s the vibrations of the strings that get amplified by either the pickups of an electric guitar or the acoustic cavity of an acoustic guitar, so even the minutest changes in the strings’ dynamics can have a significant effect on your instrument’s tone quality. In this article we’d like to delve into the various types of strings that guitarists can choose from according to their own playing styles and preferences. 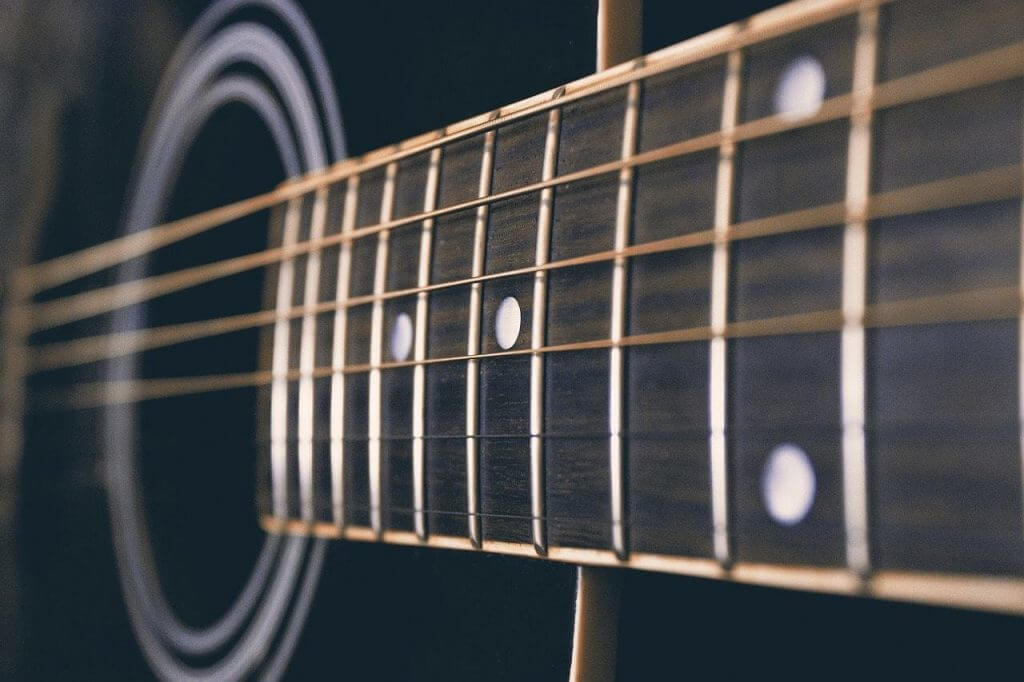 One of the most basic considerations when deciding on a type of string to use for electric or acoustic guitar is the string gauge or thickness. Not only does your string gauge affect the tone produced by your guitar, it can also have a significant bearing on the playability of your instrument. For example, as a string gets thicker, the tension that it must be wound to increases, which in turn means that the strings don’t give as much and can take a bit more pressure to fret and bend. Lighter gauge strings on the other hand don’t need to be wound as tight and therefore feel much “looser” to play. On the other hand, heavier gauge strings do tend to produce a heavier and “fuller” sound that lighter gauge strings. For example players like Stevie Ray Vaughan use extremely heavy gauge strings to get a warm, full tone.
Nylon Strings

Used primarily on classical and flamenco guitars, nylon strings aren’t measured by gauge like steel strings. Instead they are measured by tension and typically come in levels of normal, hard and extra hard tensions.
In terms of their tone quality, nylon strings produce a sound that manages to be warm, full and bright at the same time; which is why these types of strings are used in genres that utilize delicate playing dynamics like classical guitar.
Nylon strings come in tie-end and ball-end varieties, with the tie-ends being the most popular and commonly used. With a tie-end string the strings are tied in a knot to the bridge, whereas ball-end strings use a small plastic or metal ball to lodge to the bridge.
String Winding

There are two main types of string cores, round-core and hex-core.
Round-core – The core of a round-core string is basically a round wire. These strings are usually “softer” to the touch, easier to play and produce a warmer tone.
Hex-core strings on the other hand have a hexagon-shaped wire at their core, and are generally more consistent in terms of quality and longevity.
String Material

With the rapid advances in guitar string making technology, there has been a number of various guitar string building materials introduced to the market over the last decade or two. The various materials that go into making a guitar string have a significant effect on how the string sounds.
The type of materials used in making guitar strings can be classified by electric and acoustic guitar strings.
Acoustic Guitar String Materials

Pure Nickel – Pure nickel guitar strings generally have a warmer, smoother tone to them and are preferred by guitarists who play genres like jazz and blues. Nickel is also a material that resists corrosion fairly well, so the playing-life of these strings also tends to be longer. However, the magnetic field of these strings isn’t as strong as some other string materials and can therefore result in a slightly lower volume level.
Nickel Plated – These are probably the most commonly used types of electric guitar strings and use nickel-plated steel on the string windings. These strings are generally picked up better by an electric guitar’s pickups and tend to feel softer to play than stainless steel guitar strings.
Stainless Steel – Stainless steel guitar strings produce a much brighter and sharper tone than pure nickel and nickel plated strings. They also resist corrosion better and can last for a significantly longer time than their nickel counterparts. However, stainless steel is also a very hard metal and can therefore wear out a guitar’s frets much faster.
String Coating

Coated guitar strings have a layer of protective coating that helps prevent dirt and grime lodging on the guitar strings, which in turn helps them last much longer. On the downside, however, coated strings do tend to sound slightly duller than uncoated strings. If you are on a budget and can’t afford to keep changing strings every few weeks, these strings aren’t a bad option.
Croyogenic strings are strings that have been frozen at extremely low temperatures, resulting in metal molecules that are bonded closer together and a string that is much stronger and longer lasting. These strings also tend to have a sharper tone than other types of electric guitar strings.
Here’s a guide to where can you get guitar strings in Singapore