For decades, the brand Yamaha has been synonymous with music. Yamaha was founded in 1887 in Japan by Torakusu Yamaha. A watchmaker by profession, Yamaha stumbled into the music equipment business after repairing a reed organ in a Japanese hospital. From a company that started out manufacturing reed organs and pianos, Yamaha diversified into other musical instruments including the guitar. Since then, Yamaha has been widely regarded as one of the finest manufacturers of high-quality guitars. Considering its craftsmanship and detail, Yamaha guitar prices are very reasonable.
Yamaha guitars are frequently mentioned among the top acoustic guitars in the market along with Martin, Taylor, Takamine, Fender and Gibson. An acoustic guitar sounds better with age. Its tone, playability, and durability are products of the materials used, the level of engineering and quality assurance procedures. So to be recognized as the best means Yamaha has consistently manufactured high-quality acoustic guitars throughout the years.
Yamaha guitar prices are based on its series. Each guitar series carry unique features from a choice of materials, design and engineering. Here are a few of their popular acoustic and classical models pegged at current Yamaha guitar prices:
1. FG730S

FG730S guitar
It has a dreadnought shaped body with a solid Sitka spruce top. Its back, sides, and fretboard are made of mahogany. Unlike the Gibson Hummingbird, the 730S has a shallower body which lessens the lows but offers warmer mids and highs. Acoustic players find the action on the 730S better than most electrics; there is no buzz from fret #1 to #14 and it is easy to barre chords. The FG730S retails for $475.
2. APX500III 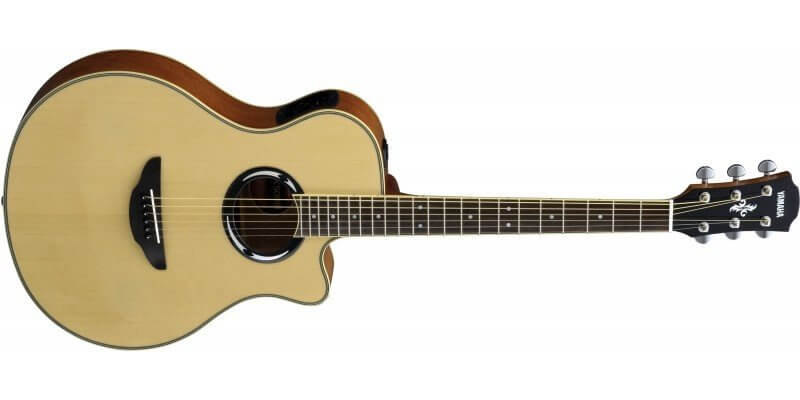 APX500III guitar
This is a single cutaway guitar with a solid Sitka spruce top. Its back, sides, and neck are made of Nato, the fretboard and bridge use mahogany. The APX series features Yamaha’s specially designed X-type bracing to maximize resonance and generate full natural tone. The APX soundhole was designed to favor lower-mid response and an open low end. The APX500III retails for $479.
3. F310 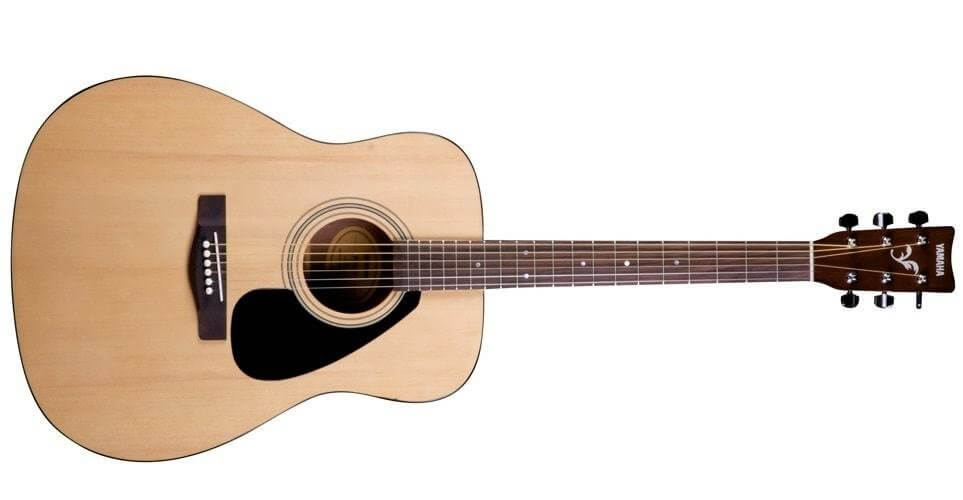 yamaha-acoustic-guitar-f310
The F310 is popularly recommended to beginner guitarists for its playability and affordable price. It is made with a laminated Spruce top and its back and sides use Meranti wood. The neck is made of Nato while the rosewood remains the material of choice for the fretboard. The combination of these exotic woods creates a balanced tone which can be best described as bright. The F310 retails for $229.
4. FG750S

This guitar features a solid Sitka spruce top with Sycamore back and sides. Sycamore is a type of wood that is commonly found in Alaska. Its tone is popularly described as mid-high with a sharp response. It is highly playable with many users amazed at the ease of doing hammer-ons and pull-offs. FG750S players also claim it sounds great for classical music. The FG750S retails for $649.
5. A3R A-Series

A high end and a top quality guitar made of solid Sitka spruce top, solid mahogany back and sides and a mahogany neck. The fretboard and bridge are made of ebony. The body follows the dreadnought design but with a cutaway. Players describe its tone as having deep, rich lows, a warm middle, and a crisp top. The action is set lower than most acoustic guitars which could be a problem when aggressively strumming low chords. The A3R A- Series retails for $1,299.
6. LJ16

LJ16 guitar
Players of the LJ16 love its powerful tone. It is made of solid Engleman Spruce top with solid mahogany back and sides. The LJ16 features a mahogany and padauk 3-ply neck and a medium jumbo body. Some reviews of this guitar are more favorable than its more expensive competitors from Taylor and Takamine. The LJ16 retails for $1,099.
7. CG122MC

CG122MC
Many recommend the CG122MC for entry level classical guitar players because of its playability and friendly price. The top is made of solid American cedar wood with nato back, sides, and neck. Rosewood rounds out the fretboard and neck. Jazz and classical players love the higher action of the CG122MC which helps dampen string noise. The CG122MC retails for $359.
8. CPX1000 guitar

Guitar players often draw comparisons between the CPX1000 and its counterpart at Taylor but this guitar costs much less! It has a solid Sitka spruce top and nato on its back, sides, and neck. The fretboard and neck are made of rosewood. Its tone is often described as bright and clear and presents nice, natural sustain. The CPX1000 comes with active electronics, the latest System 63 SRT with low, mid and high equalizers. The CPX1000 retails for $1,125.
9. C70

yamaha-C-series-guitar
If you want a value for money classical guitar, the C70 is for you. It has a laminated top and Meranti for its back and sides. Unlike most Yamaha classical and acoustic guitars which have 20 frets, the C70 only has 19. It is the perfect classical guitar for the beginner. Great tone and highly playable. The C-70 retails for $199.
10. FG720S-12

FG720S-12 guitar
For guitar players who want to diversify into the 12- string, the FG720S-12 is the instrument for you. Its top is made of solid Sitka spruce while its back, sides, and neck are made of nato. Rosewood is used for the fretboard and bridge. It has great tone characterized by greater mids and highs for a brighter sound. The FG720S-12 retails for $499.
Many guitar players started out learning the instrument with a Yamaha. It has continued its tradition of making high-quality musical instruments that are reasonably priced. If you plan to take up a guitar, Yamaha is one of your options.
Featured image by guitaradventures.com